An Evening with Annette Saunooke Clapsaddle

On March 4th, the Department of English published a recording of the third author interview and readings as part of the Hughlene Bostian Frank Visiting Writers Series. This time, novelist Annette Saunooke Clapsaddle spoke on the idea of a living story and explained the purpose of the five senses within narrative storytelling.

Clapsaddle is a member of the Eastern Band of Cherokee Indians and holds degrees from College of William and Mary and Yale University. Her writing has won many awards such as The Morning Star Award for Creative Writing from the Native American Literature Symposium in 2012 and made her a finalist for the PEN/Bellwether Prize for Socially Engaged Fiction in 2014. She has served as the Executive Director of the Cherokee Preservation Foundation and now can be found teaching English and Cherokee Studies at Swain County High School and as an acting member on the Board of Trustees for the North Carolina Writers Network.

Her debut novel, Even as We Breathe incorporates aspects from many facets of life, but none more so than her interactions with others as a member of the Cherokee tribe. Her book discusses a young Cherokee boy during the Second World War who faces and fights discrimination in Western North Carolina. It was powerful to hear her speak on the narrative, how to craft a story through the senses, and the use of visceral feelings to paint an image. She exemplified the use of the senses to create a better story by reading the opening lines of her novel,

“That summer in 1942 when I met her, really met her--before I found myself in a white man's cage and entangled in the barbwire that destroyed my father, I left the cage of my home in Cherokee, North Carolina. I left these mountains that both hold and suffocate, and went to work at the pinnacle of luxury and privilege--Asheville's Grove Park Inn and Resort. I guess I had convinced myself that I could become fortunate by proximity--escape Uncle Bud's tirades and my grandmother Lishie's empty kitchen cabinets just by driving a couple of hours up the road.”

Clapsaddle went on to give a slide show presentation that spoke on the idea of asking questions about the character and setting to better write a narrative, the gap from the human mind to the natural landscape, how the emotions and senses can be translated into dialogue, among many other topics and useful information. She eventually wrapped up her talk by conducting text analysis of her own work and exploring the ideas of turning experiences into text.

I found this recording to be useful to my own writing process and I urge you to take a look at the presentation. This recording and all of the other Visiting Writers Series recordings can be found here.

The next and final writer of the Spring series will be Carter Sickels and his talk will be posted on March 18th. Keep in mind that May 20th will be the last day to access all of the recordings before they are taken down, so watch them while you still can! 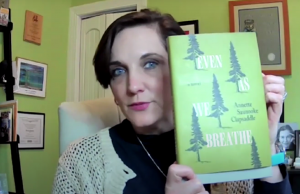 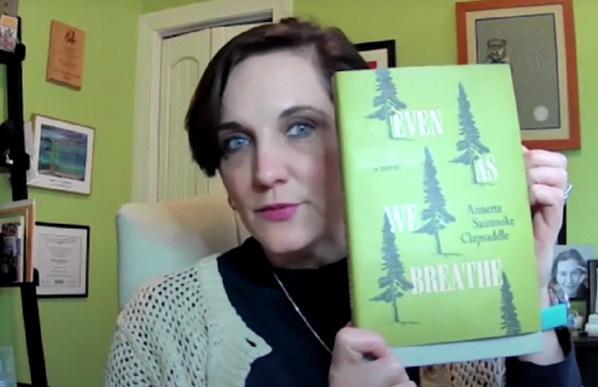