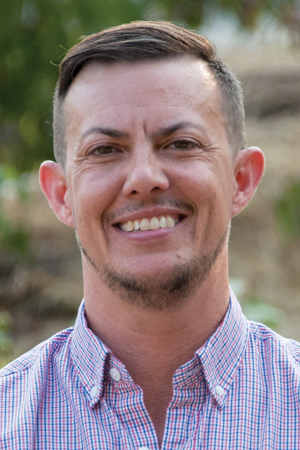 “You never really understand a person until you consider things from his point of view,” wrote Harper Lee. Empathy is a radical act, and reading literature can help us cultivate and deepen our understanding of others’ lives. This seminar will explore strategies for writing empathetic characters—how to create complex, flawed, and deeply human characters, and write from different points of view.
Carter Sickels is the author of the novel The Prettiest Star, published by Hub City Press (2020). Among other honors, The Prettiest Star has been named a Kirkus Best Book of 2020, a Finalist for the Southern Book Prize, Best LGBT Book of 2020 by O Magazine, one of the Women's National Book Association's 2020 Great Group Reads Selections, and an Indie Next Pick for April 2020. His debut novel The Evening Hour (Bloomsbury 2012), an Oregon Book Award finalist and a Lambda Literary Award finalist, was adapted into a feature film that premiered at the 2020 Sundance Film Festival. His essays and fiction have appeared in a variety of publications, including The Atlantic, Oxford American, Poets & Writers, BuzzFeed, Joyland, Guernica, Catapult, and Electric Literature. He is also the editor of Untangling the Knot: Queer Voices on Marriage, Relationships & Identity. Carter is the recipient of the 2013 Lambda Literary Emerging Writer Award, and earned fellowships from the Bread Loaf Writers’ Conference, the Sewanee Writers’ Conference, the Virginia Center for the Creative Arts, and MacDowell. He is an assistant professor of English at Eastern Kentucky University. 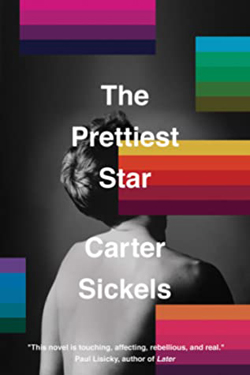 A man dying of AIDS returns home to Chester, Ohio, from 1986 New York City in this heartfelt novel from Sickels (The Evening Hour). Brian, a documentary filmmaker whose boyfriend recently died, leaves behind the “ghosts” of the West Village for Chester, “to be seen, to be accepted, and to be loved.” As paranoia and fear around the AIDS epidemic escalates, Brian’s family finds themselves the targets of malicious gossip and ostracizing, and Brian’s presence changes how his sister, Jess; mother, Sharon; father, Travis; and grandmother Lettie relate to each other and to their friends and neighbors. Brian gains additional support from Annie, his best friend from New York and a very out lesbian, who flies to Chester to help brace him from the homophobic taunts endured by him and his family as he documents his experience on video. After Brian feels he’s bringing too much trouble to his family, he moves in with a new friend, who eventually invites Brian’s grandmother, Lettie, to come and care for him after his condition worsens. Sickels is at his best in his characters’ most painful moments, poignantly revealing Lettie’s regret of offering Brian too little, too late. This tragic story of AIDS and violent homophobia stands out by showing the transcendent power of queer communities to make their voices endure through art.

In this “brutally fresh kind of homecoming novel,” (Entertainment Weekly) Brian Jackson returns to his small Appalachian hometown and the family who rejected him. The story of Brian’s return to small-town Ohio is told in a chorus of voices: Brian’s mother Sharon; his fourteen-year-old sister, Jess, as she grapples with her brother’s mysterious return; and the video diaries Brian makes to document his final summer. Written in prose that seeks “to answer without flinching away from ugliness and without demonizing the ignorant” (Salon), The Prettiest Star offers an urgent portrait of a family in the center of a national crisis, in order to tell a unique story about the politics and fragility of the body, and to explore the bounds of family and redemption.

More praise for The Prettiest Star:
"A sensitive, unashamed look at how much has and hasn’t changed since the beginning of the AIDS epidemic. While at times heartbreaking, the novel is infused with a deep, hopeful humanity. It shows how difficult is it to live in a world that sees one as different but it also reflects how it’s possible to wade through that sea of ignorance, as long as you have enough to keep you afloat."—Lambda Literary