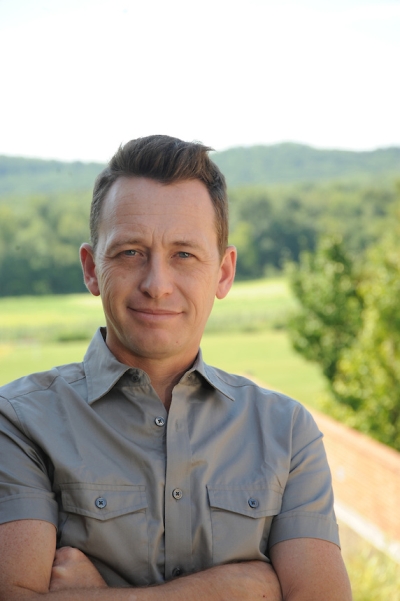 Born in Lily, Ky., in 1971, Silas House is a New York Times bestselling author of six novels, including Clay's Quilt (2001), A Parchment of Leaves (2003), The Coal Tattoo (2005), Eli the Good (2009), Same Sun Here (2012) and, most recently, Southernmost (2018), as well as a book of creative nonfiction and three plays. He also is a music journalist, environmental activist and columnist. His writing frequently appears in The New York Times and Salon and has been published in Time, Newsday, Oxford American, Garden and Gun and many other publications. His honors include the EB White Award, Appalachian Book of the Year, the Hobson Medal for Literature, the Lee Smith Award, and the Nautilus Award. Southernmost was a longest finalist for the Carnegie Medal for Excellence in Fiction and appeared on several the Best of 2018 lists of The Advocate, Booklist, Paste, Southern Living, Garden and Gun, and others.  The book was also awarded the Weatherford Award as well as the Judy Gaines Young Award. House's fiction is known for its attention to the natural world, working class characters and the plight of rural places and people.

House is a former commentator for NPR’s “All Things Considered” and is an invited member of the Fellowship of Southern Writers as well as the recipient of three honorary doctorates. Widely recognized for his social justice work, he is the recipient of the Intellectual Freedom Award from the National Council of English Teachers and the Helen Lewis Award for Community Service from the Appalachian Studies Association. House serves as the National Endowment for the Humanities chair of Appalachian Studies at Berea College and on the fiction faculty of the Spalding University MFA in Creative Writing program.

House earned degrees from Sue Bennett College, Eastern Kentucky University and Spalding University and was chosen as one of the 10 emerging talents in the South by the Millennial Gathering of Writers at Vanderbilt University.