American writers have been comparing themselves and their compatriots with Europeans for as long as they have struggled to define what an American is. This class will look at fiction and non-fiction by expatriate American writers in Europe – mostly in Paris – from the turn of the twentieth to the turn of the twenty-first century. The expatriate experience serves as a powerful lens through which these writers unmask, explore, critique, and rethink questions of identity. National identity is only the most obvious instance. Class, gender, sexual, and racial identity all present themselves for deep exploration through the encounter of these writers with cultural difference. We will consider works by such writers as Henry James, Edith Wharton, Gertrude Stein, Ezra Pound, Ernest Hemingway, F. Scott Fitzgerald, Djuna Barnes, Mina Loy, Richard Wright, James Baldwin, Elaine Dundy, and Ben Lerner. The journey will take us from realism, through high modernism, to absolutely contemporary postmodernism. 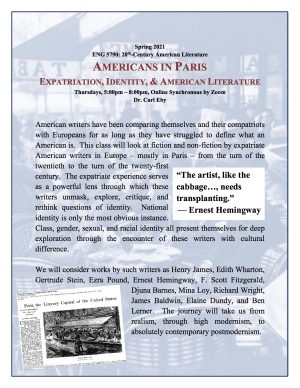 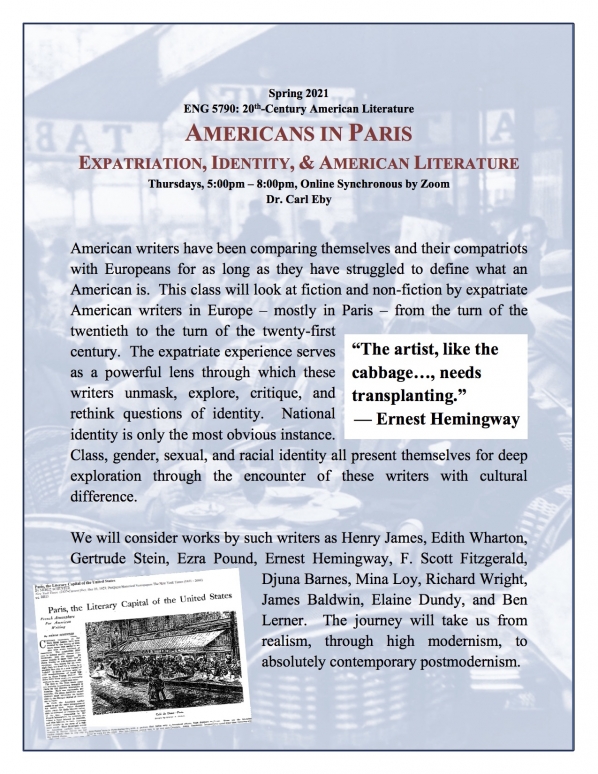