On April 13, 2020, the English Department lost an esteemed colleague and friend, Dr. Emory V. Maiden, Jr. Emory began his career at App State in 1973, and, even though he was retired, continued teaching as late as the fall 2019 semester. He loved what words could do and sharing their power with others. In deep appreciation of the extraordinary colleague, teacher, scholar, mentor, athlete, and friend he was, we share these words:

“This is not something I want to be writing. For one thing, it seems wrong to use the past tense, because one thing Emory always was was present. Ram Dass would have loved him – Be here now. On the field of play, in the classroom, even in the committee meeting, Emory always brought all his attention. He always seemed to be on, ready -- in fact, ahead of the game.. . . We joked that if the Zombie hordes ever came up the mountain after a nuclear disaster, we would all go to Emory and Martha’s house. He is one of my models for what it means to be a good man.”--Tom McLaughlin

“The word I would use about Emory as a colleague is ‘gracious.’ I served on many different committees with him, and the words of Shakespeare seemed to guide his presence, either as a member or chair of a committee: ‘Men of few words are the best men.’”--Lynn Moss Sanders

“I especially remember many talks down in the corner by his Sanford office: he always had time to chat and what I most value was his whole attitude of bemused interest in everything – he was a sharp noticer and philosopher of all of life. He was always kind to ask about my family and clearly took a pride in his. Being a parent was an important part of his life, and he gave support and perspective to other faculty-parents with deep empathy.”--Jennifer Wilson

“The phrase ‘soul of kindness’ was invented for Emory. He was always so calm, centered, kind, and charming. I miss him.”--Carl Eby

“Emory made a second hole-in-one last year when several of us were playing in Hickory. Again it was on the third hole, again a shot bouncing over a sand trap and onto the green. I remember shouting out loud, ‘It’s rolling toward the cup! It’s rolling toward the cup!’ and the jubilation, hugs, and laughter that followed after the ball rolled into the hole. That’s one of the ways I’ll always remember Emory—as someone who accomplished a near-impossible feat not once but twice.”--Bruce Dick

“Emory was beloved by his students and a great mentor. His love for teaching never left him.”--Bill Brewer

"I would like to add that another laudable trait which might seem contradictory also applies.  Em was an amateur in the truest sense of the word. We know the derivation:  amator, amare – To love what one is doing. For me, that is the essence of Em’s way of being.”--Leon Lewis

“Robbing the Tootsie Railway! What a great reading at the Book Party that year and chance to visit with Em. . . . Our thoughts and sorrow go to the family.”--Cece Conway

“He was so observant and astute--I noticed many times that he had a knack for noticing small, subtle details about people and events that made an enormous difference. Plus, the time I spent golfing and playing basketball with him was more than enough to prove that he was one of the most talented athletes I've ever known.” --Alex Pitofsky

“I think I most appreciated his sense of whimsy and of the ridiculous which made even thorny situations manageable. I will always see him in the Aha moment on a student's face and in the turn of a page of the American Romantics. And that perhaps is his greatest legacy--to be gone but still so indelibly here.”--Amy Tilly

“Emory was a generous man, always ready to come to the aid of his friends and colleagues.For example, he helped me through my own grief without hesitation. . . . At lunch with him, Amy, James, and others, at the Subway restaurant across from the campus, his laughter lightened my spirit.” --Rosemary Horowitz

“Emory was indeed a kind and generous soul. Both pragmatic and patient, erudite and down to earth, my memories of him include moments both of great hilarity and deep reflection.”--Jill Ehnenn

“I also remember playing with him on The Naturals. Once I hit a rocket to left center (a rare big hit for me), which the center fielder snagged before it could hit the fence. Running down the line I heard Emory in the dugout say with authority, "classic low ball hitter." At the time I took it as a statement about my one-dimensional hitting ability--but now I like to see it as his admiration.

He should still be out there. He always made me feel bigger and better than I really am.”

“Emory always struck me as the kind of person who could do anything. He knew all about IT before anybody, he had more or less restored his own home, he was an absolute scholar of science fiction, and was a talented fiction writer. . . .He played years ago on the department softball team, the Naturals. Tom McLaughlin once told me that Emory never settled for a single, that no matter what he stretched every hit. I never got to play with Em, or even watch him play, but I guess I take some comfort on this so sad day for all of us – when we can’t even gather to talk about Emory or attend a service for him or comfort each other and his family in person – envisioning him rounding first and headed for second.”--Joseph Bathanti

Emory was a rare human. We miss him. 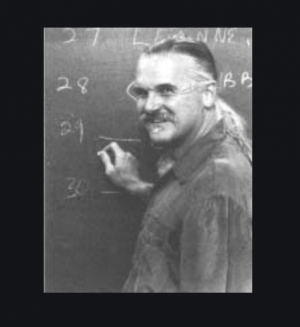 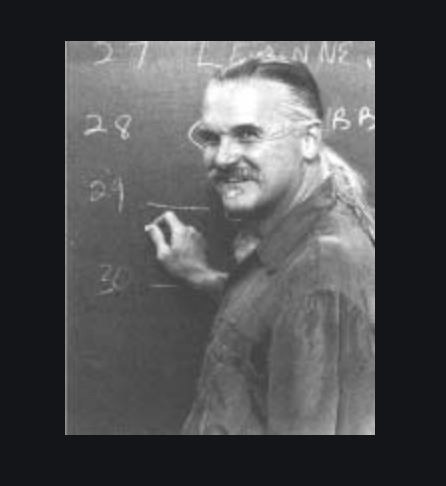