Lessons from an Evening with Anna Deavere Smith

On February 4th the Department of English had the pleasure of hearing playwright, actor, and professor Anna Deavere Smith speak as part of The Hughlene Bostian Frank Visiting Writing Series. She was the first speaker of the season and helped kick off this series with an engaging discussion about racism, equality, prejudices, and how to navigate the world we live in based on the experiences of the past. She read from several selected interviews and used her skills from on the stage to embody individuals hurt most through poverty, unbalance, and tumultuous events such as Hurricane Katrina or the Civil Rights Movement.

Smith herself has written more than 15 one-woman plays and has contributed to the creation and production of dozens of other works. She has interviewed hundreds of people on their identity within the United States and how they feel they fit into our nation. Most of which have made it into her plays and even appeared dramatized in her presentation to the Department of English and the Schaefer Center for the Performing Arts.

She has won multiple awards and commendations for her work in the humanities including the National Humanities Medal, the Dorothy and Lillian Gish Prize, the George Polk Career Award, a Guggenheim Fellowship, and was even named the Jefferson Lecturer of 2015, one of the highest honors that are able to be bestowed to distinguished individuals within the humanities.

In her presentation, Smith spoke about the ideas of class within the healthcare and performing arts industries and how she wishes to see them impacted by the current and next generations. She called for all people listening to consider how their future careers and paths will help shape others and how we can help others reach their full potentials both in the performing arts fields and beyond. Smith wanted to express that change has always been and always will be possible with the right grit and determination to see it.

When asked about advice to aspiring college students and to anyone who wants to have an impact on the world through art, she said:

"So you have nothing to lose. Yet, you are at the very ripe period of your life in terms of physically and intellectually. And so you can make something new. And there's not going to be very much in the way."

More information on the Hughlene Bostian Frank Visiting Writers can be found here. We will continue our series with other notable writers such as Charles Dodd White, Annette Saunooke Clapsaddle, and Carter Sickels. We hope to see you there and in the future with many more writers to come.

More information about Anna Deavere Smith can be found here. 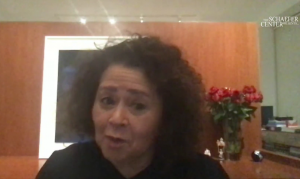 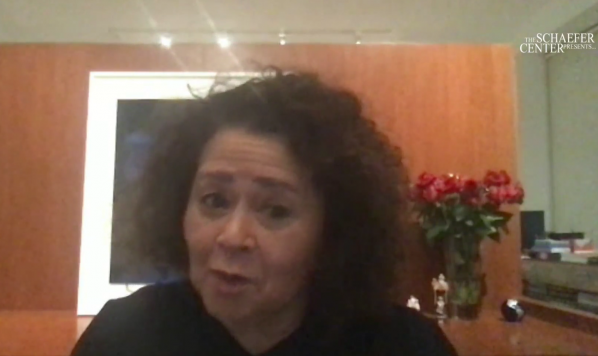