Appalachian State graduate student Thom Young has released their debut book! BESPOKE is a collection of poetry published by St. Andrews University Press in late 2019, comprising what seems like a series of poems but is actually intended to be read as a singular poem. Comprised of 109 pages of variable components discussing topics from abuse and anxiety to trauma, addiction, and sex, BESPOKE is an exterior expression of the interior self. The title, BESPOKE, means “made to order,” and that’s exactly what the book’s about; Young loves that someone can get anything they want out of the text, and that the words are for them. At the time they wrote BESPOKE, Young's project was about exploring the dark places in life:

“I wanted people to see that it was okay to dwell on the bad things that go on in your life, to bring those to the surface, and to allow them space and time. We are often told to suppress and to think away from the negativity, what happens if we embrace it?”

Mx. Young has expressed that they allow every bit of the collection’s content to apply back to their own life. Further, they stress that the book in its entirety is a representation of who they were at that time in their life, making it a clearer and more accurate depiction of that period than any memory could ever be because memory is private and the poem is public. This assertion is especially striking when one considers the final line of the book, “no single thought is my thought,” as the reader is encouraged to reconsider the content of the book and how it might apply to not only Young, but themselves and others as well.

In keeping with this, Young understands that to many readers, their poetry is immediately difficult, but they think that that is part of the puzzle the poem affords the readers. A fundamental component of the written word is found in the challenging aspects of deciphering the text, and BESPOKE is certainly no different - a collection that must be read several times to even begin to fully grasp the depth and content. BESPOKE is experimental in style, as all of the parts work stylistically outside of how one might traditionally write a poem. Here, rather, each poem is entwined with constraints—a type of exercise that controls the way the poem can be written. For instance, the first poem, "Bildungsroman," is built out of random words laid across the page in order to emulate the random events that alter one's life, matching the way the "bildungsroman" is a story of a life.

When you read through BESPOKE, you will notice the vast variety of different forms used - including open letters, recorded messages, prose, and extensive projective verse. The projective verse portions, in particular, are notable as the jagged alignment style allows the reader to get into the headspace of the author. Young explained that they felt alienated at the time of this work's conception, and that they desired the reader to feel the same way as they experienced the poetry.

Young describes the sometimes disorienting structural variance as “honest,” stating that the poems would not read in the same manner if the collection were to be a hundred pages of the same repetitive, or traditional, style. The varied structure preserves the emotional integrity of the pieces and ensures that they do not read artificially. Instead, Young reasons that each piece is different because each poetic story requires a different means of telling. The poems, with the exception of “Tell the Doctor I’ll Go with Dahmer,” all appear on the page just as they did in their head, and they affirm that they originally wrote them down on the paper looking that way.

Young's undergraduate degree is in English with a double concentration in Literary Studies and Creative Writing, but like many people they felt they might never get a book out. Thom didn’t start writing seriously until their freshman year at App State, and BESPOKE took three and a half years to complete. As the associate editor at Cold Mountain Review, and former poetry editor for The Peel, you might think the publishing process was a breeze. However, Young had the same struggles that many authors do with the frustrating and uncertain publishing process. Young's experience as an editor did help a bit though, and they think it’s great to be able to reflect upon yourself while helping someone else declaring, “that’s exactly what I want when I’m trying to learn.”

They have learned a lot from sharing their book with others as well, particularly in reading it aloud. Young finds that people are “afraid of ideas, and how they can shun and turn on you for it” but, at the same time, writing allows people to express themselves in a certain way and brings people closer together. Young has observed in the response to their collection that people are open, more open than anticipated, but at the same time they are closed minded in all the ways he thought they were. The dichotomy of the two sides of writing and reception is an interesting one indeed.

Since BESPOKE, Young has been working on poems that reflect more of the outside state of the world and address the “topical issues of the time” such as climate change, the environment, and politics. They feel that they’re responding to the outside now instead of the inside. Their forthcoming poems, such as “Intoxication” and “Green Knob Love Song,” are about the climate disaster. Although perhaps that is just another form of the same depression BESPOKE deals with. We wish Thom the best in their future creative endeavors and anticipate continued positive reactions to BESPOKE. 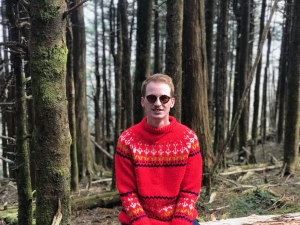 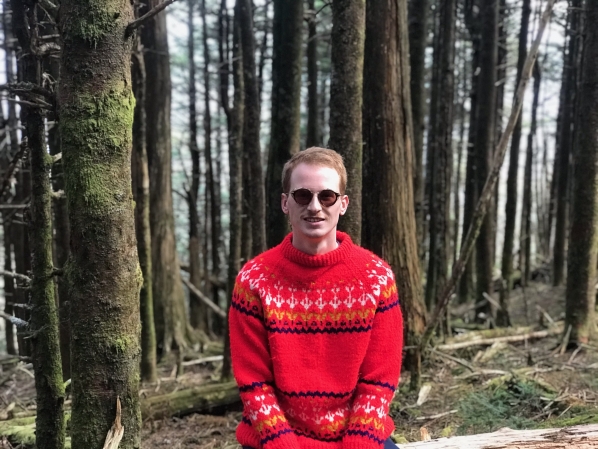