Perhaps Shakespeare’s most well-known play (alongside of Romeo and Juliet), Hamlet has influenced countless works of fiction and film. From The Simpsons to Sons of Anarchy to The Lion King, Hamlet permeates our popular culture. Even if those who haven’t read the play know “To be or not to be,” “To thine own self be true,” and “Neither a borrower nor a lender be.” This course will first look carefully at Shakespeare’s play—its tale of ghosts, violence, madness, and revenge—before considering some of the literary works and films that have been influenced by it. In addition to Hamlet, texts may include Tom Stoppard’s Rosencrantz and Guildenstern Are Dead, Ian McEwan’s Nutshell, Lisa Klein’s Ophelia, Margaret Atwood’s “Gertrude Talks Back,” John Updike’s Gertrude and Claudius, Sulayman Al-Bassam’s Al-Hamlet Summit, as well as various film adaptations. 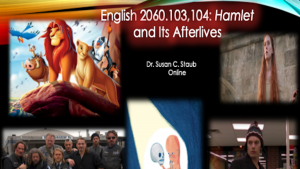 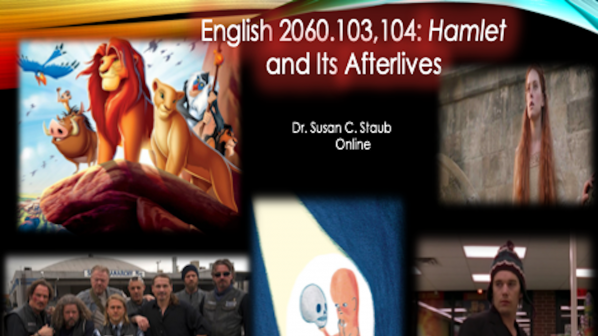