Dr. Craig Fischer attended the Small Press Expo (SPX) in Bethesda, Maryland on September 14-15. SPX is a comics convention which centers on promoting and showcasing the material of smaller distributors and self-publishers. Instead of familiar Marvel or DC properties like Iron Man or The Flash, this convention features independent graphic novels such as Sobek, written by James Stokoe and published by Short Box. This event gives self-publishers and small presses a chance for exposure in an industry dominated by mainstream publishers.

This year, he was able to participate as both a fan and as the host of a discussion between two prominent contemporary comics artists: Eddie Campbell and Chris Ware. Ware has been hailed as a master of the art form and gained fame through his work with The New Yorker, particularly on the cover art. One of his more well known and daring works Building Stories explores the ways in which our culture consumes and understands chronology in narratives; he attended SPX to promote his new book Rusty Brown. Campbell is most known for his work in drawing From Hell, a series written by comics legend Alan Moore about Jack the Ripper, and has done a variety of work including Go-Getters: a work about the history of early 20th century sports cartooning.

The two artists have incredibly different styles; Ware’s style tends to be more rigid and defined within a space, while Campbell’s draws on shadow and ambiguity, a style which Craig Fischer describes as “impressionistic.” The discussion started with this focus and moved into how both artists express their take on the purpose of life and the human experience. See the following image for a side-by-side comparison. 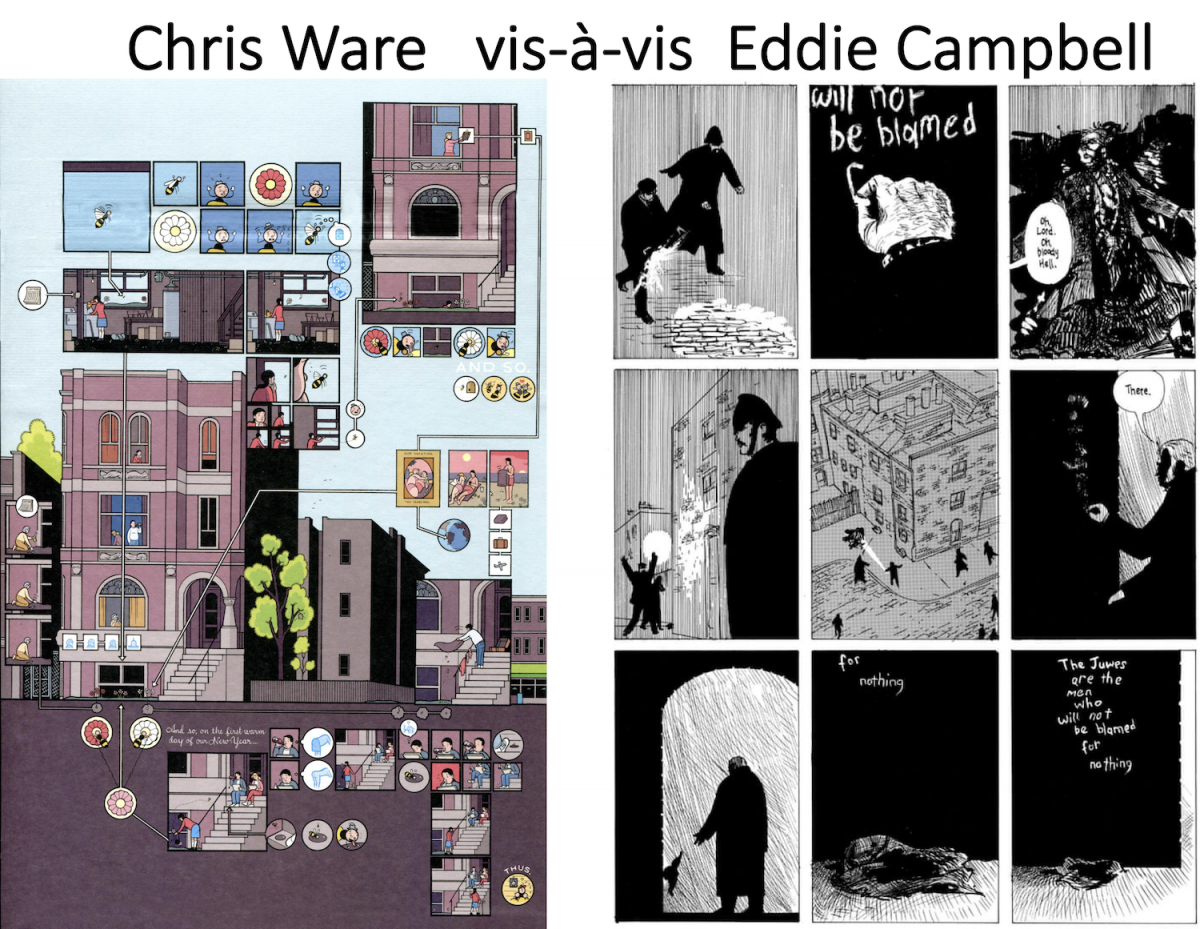 Professor Fischer has great respect for both of these artists and references their work in his class English 2180: Introduction to Comic Books and Graphic Novels. He is currently working on a scholarly book which analyzes Campbell’s work throughout his career, including From Hell and Alec: All the Years Have Pants, an autobiographical comic, with Dr. Charles Hatfield of California State University. Through opportunities like SPX, he hopes to expand his and the university's connections within the comic book industry. He is collaborating with a task force to have prominent names within the comic book industry visiting Appalachian each semester.