Zackary Vernon specializes in American literature and film. In particular, his work examines the intersections among environmental activism, philosophy, film, and literature from romanticism to the present. Vernon also has an abiding interest in studying the literary, cultural, and material history of Appalachia and the U.S. South. His research has appeared in a range of scholarly books and journals, including Journal of American Studies, Southern Cultures, and ISLE: Interdisciplinary Studies in Literature and Environment. Vernon is a co-editor of Summoning the Dead: Essays on Ron Rash (University of South Carolina Press, 2018), and he is the editor of Ecocriticism and the Future of Southern Studies (Louisiana State University Press, 2019). His creative nonfiction has been published in magazines and journals, such as The Bitter Southerner, North Carolina Literary Review, and Carolina Quarterly. 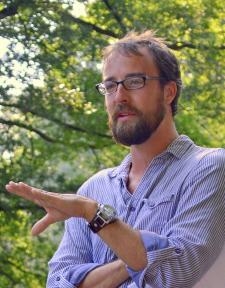