"From the Sublime to Destruction: An Introduction to Overburden and Interview with Documentarian Chad A. Stevens." Cold Mountain Review 44.2 (Spring 2016). Co-conducted with Zack Vernon. http://coldmountainreview.org/from-the-sublime-to-destruction-chad-stevens/. 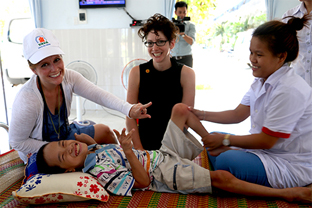 Through generous support from Appalachian State University's Research Council and the College of Arts and Sciences, Dr. Hopton and Dr. Rebecca Walton spent a month touring 11 provinces in Northern and Central Vietnam studying the stakeholder engagement practices of the Vietnam Association for Victims of Agent Orange, (VAVA).

NBC Investigation Discovery: "Bloody Marys." Air date: October 31, 2013.
Interviewed as expert on the crime and trial of Mary Pearcey, British murderess who suffered a rare form of temporal lobe epilepsy that likely caused her to committed two murders in the 1890s. Used content analysis of newspapers to interrogate the social construction of the British "murderess".

Sarah Beth joined the Appalachian State University faculty in 2015. Prior to her appointment at ASU, she was a graduate teaching assistant at the University of South Florida where she won the Provost’s 21st Century Teaching and Learning award. Her research focuses on discourse analysis and data science methodologies to research discourses generated over controversial and complicated scientific issues like climate change, sustainability practices and Agent Orange. She is a graduate of Lancaster University’s Creative Writing program, and holds a BA from Florida Southern College in Journalism. She was the 2000-2001 Rotary Ambassadorial scholar from district 6890. Sarah Beth teaches Technical Communications, Business and Professional Writing. She is an avid runner and nonfiction writer, and has a forthcoming book about the British murderess Mary Pearcey. Prior to entering the academy, she was managing partner in a successful public affairs firm in Tampa (www.conversaco.com) and presently consults with associations and nonprofit organizations on using social media to effect social change (www.sarahbethhopton.com). 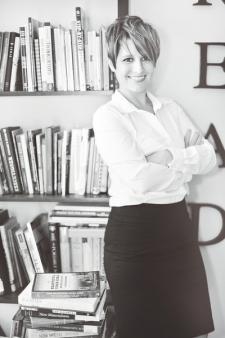