Lynn received her BA and MA from the University of Toledo in 1988 and 1990, and her Ph.D. from Purdue University in 2002. Her research interests include the history of American rhetoric; gender issues in writing pedagogy, particularly professional writing pedagogy; and the rhetoric of imperialism and post-colonialism.

Recent talks include ""Medea's Virtue: Aesthetics, Violence, and Hysteria in Margaret Fuller's Summer on the Lakes, in 1843," presented to the American Studies National Conference, Washington, DC (November 2005), and "Constructing Niagara, Constructing Ourselves," presented for the ASU Humanities Thematic Series (January 2006).

She is currently working on several articles, including one on Emersonian rhetoric in English Traits and one on feminist strategies for the teaching of business writing. She is also collaborating with Karen Reesman on an article describing the use of metaphor and metonomy in women's domestic abuse narratives. 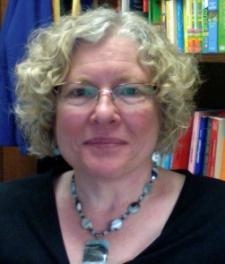