“The Mushroom Hunter: A Son’s Story About His Father’s Passion.” Limestone. Summer, 2015. Online.

“It’s All Public to Me,” a vignette. December, 2014 issue of College Composition and Communication. Print.

“The World Inside Our Classrooms: What a Diverse Student Body Can Teach Its Faculty about Global Learning.” Global Learning in College: Asking Big Questions, Engaging in Urgent Challenges. Association of American Colleges and Universities Conference. October 2-5, 2013. Providence, Rhode Island.

National Council for Teachers of English. Philadelphia. “How Did ‘I’ Get Into This Research Paper?” November 20, 2009.

Association of Literacy Educators and Researchers. Charlotte, North Carolina. “Where Did That Question Come From?: Using Reading to Teach Inquiry-Driven Research Projects.” November 11, 2009.

Currently in his third year as a lecturer in the English Department at Appalachian State University, Bill Torgerson has taught for over twenty years as a public school teacher in Indiana and North Carolina as well as an eleven year stint as a professor at St. John's University in New York City where he earned tenure. Writer Pat Conroy described Bill's novel The Coach’s Wife as “One of the best books about basketball and coaching I’ve ever read with a love story so complicated book groups will be talking about it for years.” Bill's adaptation of his first novel, Love on the Big Screen, won the grand prize of the Rhode Island International Film Festival Screenplay Competition. His articles and essays have appeared in numerous journals including The Journal of Teaching Writing, Limestone, and College Composition and Communication.

"Torg" to his students, Bill enjoys helping to coach the basketball teams his daughters play on, hiking, and exploring the backroads of the High Country in the family Jeep. One can read more about Bill on his website, TheTorg.com. 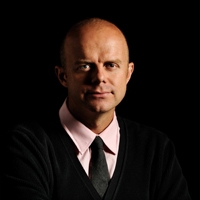