Başak Çandar joined the faculty of Appalachian State University in 2014, but started teaching full-time at the university in 2015, after the completion of her post-doctoral fellowship in Berlin, Germany. In Berlin, she was part of a program titled Europe in the Middle East, the Middle East in Europe (EUME), an interdisciplinary research program within Forum Transregionale Studien. Her research and teaching interests include literary and cinematic representations of violence in the 20th and 21st centuries, with a focus on state-sponsored violence, ethics of reading and writing about violence and theories and pedagogies of Comparative and World Literature. She has published and presented on 20th century Turkish and peninsular Spanish literature, questions of linguistic and cultural translation, and the tensions between the violence of globalization and pedagogical practices in World Literature. Her current book project addresses these tensions and articulates practices of World Literature that emphasize dialogue through difference, rather than through an emphasis on universality. At ASU, Dr. Çandar teaches courses on World Literature, Comparative Literature, and Global Cinema. 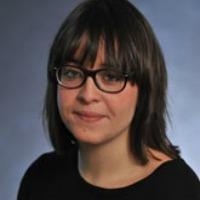