Germán Campos-Muñoz joined the faculty of Appalachian State University in 2014. His research and teaching interests include founding narratives of the Americas, Classical philology and textual criticism, mythologies, world literature, and global cinema. He has published articles on the connections between the Classics and Latin America in Latin American Research Review and Hispanic Review. His current book project is a transhistorical study of the powerful impact of the Greco-Roman tradition on key moments in Latin American history and culture. He is also developing a project that will address the disciplinary history and the pedagogical imperatives of World Literature. Dr. Campos-Muñoz teaches courses on World Literature, Comparative Literature, and Global Cinema. 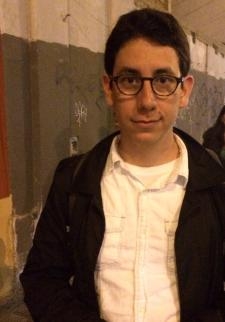