in person MW 2-3:15; and other times (and via Zoom) by prior arrangement

Jill Ehnenn joined Appalachian State University's English department in 2001, is a member of the Graduate Faculty, and standing faculty in the Gender, Women's, and Sexuality Studies Program. Seminars on Victorian Literature have included The Bildungsroman; Victorian Women's Poetry, Victorian Medievalisms, Sexual Politics and Victorian Culture; The British Aesthetic Movement; and The Victorian Visual Imagination. She also regularly teaches Bibliography and Research (Intro to Graduate Studies), Approaches to Literary Studies (Intro to the Major) and undergrad and graduate courses for GWS such as Queer Theories and Feminisms; Intro to LGBT Studies; Lesbian Literature; Feminist Science Fiction, and Queer Stories: LGBT Lives in Fiction and Film.

Her research interests focus upon intersections of subjectivity, sexuality, and embodiment as they are represented in nineteenth-century literary and visual texts. Her current projects include Michael Field's Revisionary Poetics, which is a monograph on  the two late-Victorian women who wrote collaboratively under the pseudonym "Michael Field," and editing a scholarly edition of Vernon Lee's 1884 novel, Miss Brown. Her third monograph will be  Art Objects and English Words:  Ekphrasis and the Making of the Nineteenth-Century "World".  Work-in-progress on contemporary queer issues include an article on queerness and choice.

In 2016, she was the lead organizer for the Interdisciplinary Nineteenth-Century Studies (INCS) Conference, "Natural and Unnatural Histories," hosted by Appalachian and held in Asheville, NC.  She has also served as Faculty Senate Chair and as Assistant Chair of English. In 2019 she won the College of Arts and Sciences Jimmy Smith Outstanding Service Award. 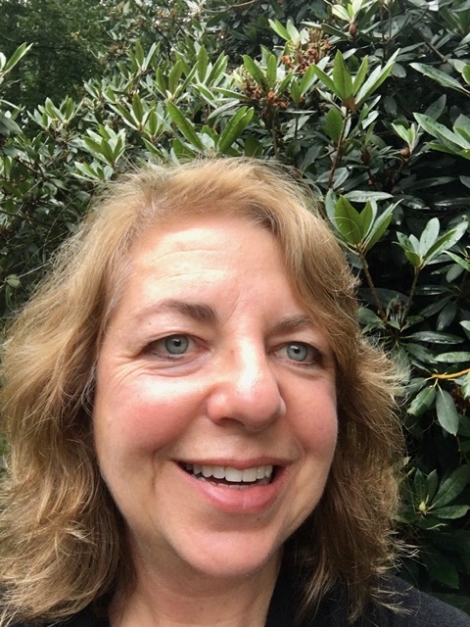